A number of custody arrangements are possible.

Primary Physical Custody: the child lives primarily with one parent.

Sole Custody: the child lives with one parent and that parent is responsible for all major decision-making. 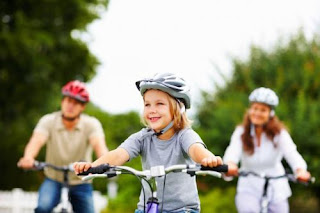 Parents are encouraged to reach their own agreements regarding custody. When parents cannot agree, the court must decide by considering all of the following factors of the Michigan Child Custody Act:

(a)  The love, affection, and other emotional ties existing between the parties involved and the child.

(b)The capacity and disposition of the parties involved to give the child love, affection, and guidance and the continuation of the educating and raising of the child in its religion and creed, if any.

(c)The capacity and disposition of the parties involved to provide the child with food, clothing, medical care and other remedial care recognized and permitted under the laws of this state in place of medical care, and other material needs.

(d)The length of time the child has lived in a stable, satisfactory environment, and the desirability of maintaining continuity.

(e)The permanence, as a family unit, of the existing or proposed custodial home or homes.

(g)The mental and physical health of the parties involved.

(h)The home, school, and community record of the child.

(i)The reasonable preference of the child, if the court deems the child to be of sufficient age to express preference. (j)The willingness and ability of each of the parents to facilitate and encourage a close and continuing parent/child relationship between the child and the other parent.

(k) Domestic violence, regardless of whether the violence was directed against, or witnessed by the child.

(l) Any other factor considered by the court relevant to a particular child custody dispute.

REQUESTING A CHANGE IN CUSTODY

If the parties do not agree to a custody arrangement, then a party may file a motion requesting a custody arrangement.  The motion may be filed by the party (Pro Se) or by the party's attorney.  It is important to note that custody cases involve complex issues and you may wish to have an attorney represent you.  If you decide to file your own motion, forms and instructions are available at the Friend of the Court office.  A $100.00 filing fee is required. The Friend of the Court cannot file a motion for you, nor can they provide you with an attorney.

FRIEND OF THE COURT'S ROLE

If the parties agree to a custody arrangement, the Friend of the Court will prepare a stipulation and order at no cost to the parties.

In most cases, domicile of a child may not be removed from the State of Michigan without approval of the court. If the parents agree to change domicile of the child, the Friend of the Court will prepare a stipulation and order at no cost to the parties. If the parties are not in agreement, then a party may file a motion through an attorney or by using a Motion Regarding Domicle form  (Pro Se) from the Friend of the Court. A filing fee is required. Four factors are considered by the Court to determine whether changing domicile is in the best interest of the child: (1) whether the prospective move has the capacity to improve the quality of life for both the custodial parent and the child, (2) whether the move is inspired by the custodial parent desire to defeat or frustrate parenting time by the noncustodial parent and whether the custodial parent is likely to comply with the substitute parenting time orders where he or she is no longer subject to the jurisdiction of the courts of this state, (3) the extent to which the noncustodial parent, in resisting the move, is motivated by the desire to secure a financial advantage in respect of a continuing support obligation, and (4) the degree to which the court is satisfied that there is a realistic opportunity for parenting time in lieu of the weekly pattern which can provide an adequate basis for preserving and fostering the parental relationship with the noncustodial parent if removal is allowed.